In the Mouth of Madness (Blu-ray) 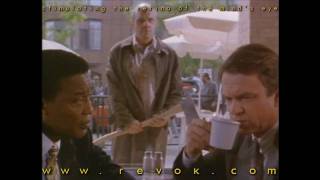 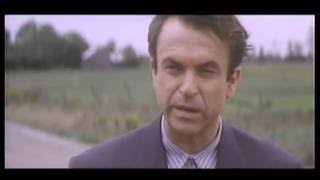 In the Mouth of Madness - Trailer, englisch

"Every species can smell its own extinction. The last ones left won't have a pretty time with it. In ten years, maybe less, the human race will just be a bedtime story for their children. A myth, nothing more."
- John Trent (Sam Neill)

IN THE MOUTH OF MADNESS is John Carpenter's foray into the world of H.P. Lovecraft and surreal horror. An insurance investigator (Sam Neill) is sent to find a missing author, Sutter Cane (Jurgen Prochnow). As he comes closer to finding the author, things start to change around him, and soon nothing is what it seems. Madness seems to be the normal state of things, while reason and sanity have no place in this new world created by the mind of Sutter Cane. Carpenter plays with changing perspective, making the audience aware thay they too are part of the story, and maybe, just maybe, this is not just make believe. The story is very ambitious in its attempt to put a whammy on the viewer's imagination, but the direction is steady and thoughtful enough to pull it off. Sam Neill is superb in the lead role of the only sane man left on Earth, incredulous to the destruction of reality as he knows it. It is his controlled performance that makes the bizarre events in the film threatening and scary. Jurgen Prochnow is deeply creepy as author and madman Sutter Cane, who's imagination is so vivid it is spilling out of his head into the real world. John Carpenter is known for his scary movies, and he does not fail to deliver with IN THE MOUTH OF MADNESS.

When bestselling author Sutter Cane vanishes just before the revisions of his new book are due, John Trent is hired to find him. Taking his cue from Cane's unpublished text, Trent begins his search in Hobb's End--the setting of the gory story. However, Trent soon realizes that the seemingly peaceful New England town is undergoing a frightening transformation--and that Cane's fictional events are rapidly becoming real, in this surreal slice of horror by director John Carpenter.