A New Beginning to the first step in terror. 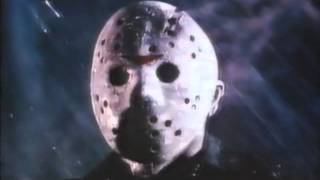 Tommy, the young boy who finally killed hockey-masked murderer Jason Voorhees in Part 5, has grown up and is now spending time in a home for the mentally fragile. Not long after Tommy checks in though, someone starts killing the patients one-by-one. Has Tommy picked up where the legendary serial killer left off or has Jason come back from beyond the grave to kill again'

Little Tommy Jarvis goes haywire after killing Jason at the end of "Friday the 13th, Part IV" and, despite years of intense therapy, begins to identify with the undead slasher. As you might expect, Crystal Lake's body count shows a dramatic increase. But is Tommy really the killer' Or is he just on his way to becoming one' Put on your guessing caps.

50%off
The Lost Soul Band
Friday the 13th and Everything's Rosie
$1.49 Super Savings
Add to Cart