The Cruel Hand of Intolerance 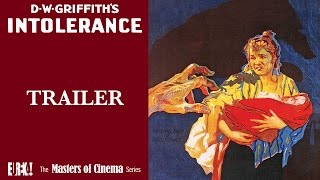 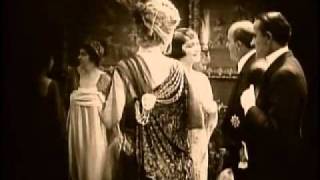 Los Angeles Times - 07/06/1990
"...There has never been a movie quite like INTOLERANCE, and few, if any, have been so influential..."
Sight and Sound - 08/01/2002
"...Here Griffith's remarkable editing scheme takes the film into virtually abstract realms, making it also a large-scale meditation on the nature of cinematic space and narrative construction..."
Entertainment Weekly - 01/11/2002
"...[With] miraculous cinematography, and charismatic performances..."
Empire - 12/05/2014
5 stars out of 5 -- "[T]his is monumental cinema and essential viewing for true film enthusiasts."
Sight and Sound - 02/01/2015
"What it is in fact is a very sophisticated blockbuster: love, sex, violence, heroism, drama, humour and spectacle beyond belief."

Silent film director D.W. Griffith's biggest, most ambitious spectacle uses stories from different times and places to illustrate humanity's intolerance of religious differences throughout the ages. The most visually impressive of these chronicles is the fall of Babylon, for which Griffith built the largest sets in Hollywood and filled them with thousands of extras; there's also Christ's crucifixion and the massacre of the Heugenots in 15th century France. The most emotionally involving tale is the "modern" one, about a poor girl (Mae Marsh) whose life is repeatedly ruined by the zealotry of social reformers. The image of a mother (Lillian Gish) rocking her child in a cradle ("the uniter of the here and hereafter") links the stories. At one point, angels reach down from heaven to stop soldiers in midbattle, making it clear that Griffith intended this follow-up to THE BIRTH OF A NATION as a message of global peace and love (and an answer to his critics' accusations of racism). For a nation poised to enter World War I, this was perhaps the wrong message, and INTOLERANCE opened to mixed reviews and poor attendance. It is now rightly recognized as a unique work of cinematic art. The restored version includes color-tinted scenes.

D.W. Griffith's large-scale epic spans several centuries and cultures. The film is made up of four distinct stories linked solely by a single common thread: intolerance. Three of the stories are based on historical fact: France during the reign of Charles IX; the birth and crucifixion of Christ; and the fall of Babylonia. The fourth tale is a "modern" story of greed, cruelty and betrayal.