Many of his fellow officers considered him the most dangerous man alive - An honest cop. 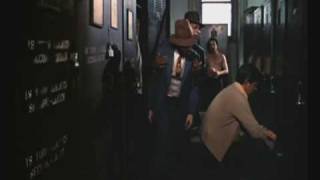 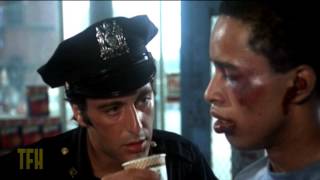 "The reality is that we do not wash our own laundry; it just gets dirtier."
- Frank Serpico (Al Pacino)

Shot on location on the crime-filled streets of New York City, Sidney Lumet's unflinching adaptation of Peter Maas's best-selling book is a rousing portrait of courage in the face of insidious corruption. This is a motif that Lumet would continue to mine in later films, including 1981's PRINCE OF THE CITY and 1997's NIGHT FALLS ON MANHATTAN. Al Pacino is forcefully real as Frank Serpico, an independent young recruit entering the police force in the late 1960s, fulfilling a childhood dream. The good old boys of the NYPD lose no time in initiating Serpico into the ways of cutting corners, forging documents, and taking payoffs from local gambling operations and narcotic rings. His refusal to take illegal protection money and his counterculture lifestyle make Serpico a target for harassment by his unified and powerful peers. Lumet hones in on the evocative details of Serpico's personal struggles and inner turmoil as his obsessive fight for truth begins to have disastrous effects on his personal life and threatens his safety. SERPICO is a stellar example of gritty '70s filmmaking, featuring another electrifying performance from Pacino.

Once Upon a Time in America (Extended Director's Cut)...
$13 Super Savings
Add to Cart