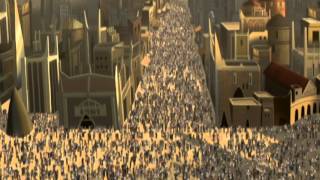 Exiled into deep space by the most powerful superheroes on Earth, the Incredible Hulk becomes an unlikely hero after crash landing on a distant planet. Millions of light years from Earth, the Red King rules planet Sakaar with an iron fist. When Hulk arrives on Sakaar, he is sold as a slave and forced to fight as a gladiator. The people of Sakaar need a savior, and as Hulk fights his way through a series of formidable opponents, he forms a powerful bond with four fearsome warriors. Later, along with the help of fellow combatants Miek, Korg, Hiroim, and Elloe, Hulk wages war on the despotic Red King. As the battle intensifies, it begins to appear that Hulk may be Sakaar's destroyer, rather than its savior.