Get email alerts for Bananarama
16 ratings
Currently Out of Stock: We'll get more as soon as possible
Notify Me When Available
Add to Wishlist
Format:  CD  (3 Discs)
sku:  GG 534
92% recommend us! 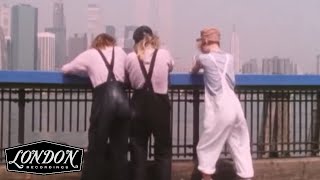 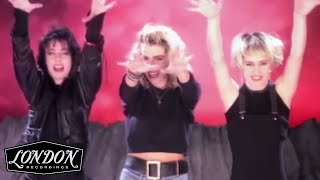 Liner Note Author: Tom Parker .
Photographer: Ashworth.
Arrangers: Steve Jolley; Tony Swain.
For their second album, Bananarama underwent a telling change in persona, from the flyaway-haired, overall-clad everygirls of Deep Sea Skiving into a sleeker and glammier look. Similarly, the album has a much more polished feel than the occasionally scattershot debut, which is not always a good thing; sticking with Tony Swain and Steve Jolley to produce the whole thing (the duo had shared production duties with three others on the debut), Bananarama traded their early tropical-tinged playfulness and ironic overtones for a more commercial sound that scored well on the charts (the terrific opener "Cruel Summer" was a worldwide hit, and several other tracks were U.K. hits) but was less unique than before. What's most unusual about Bananarama is the content of the songs. Lyrically, the album is surprisingly serious, with topics ranging from sectarian violence in Ireland ("Rough Justice") to domestic violence ("King of the Jungle") to drug use ("Hot Line to Heaven"), none of which are in keeping with the trio's frothy image. Indeed, under the singalong chorus, the album's best track, "Robert de Niro's Waiting," turns out to be the traumatized musings of a teenage rape victim, set to an improbably dreamy, carefree melody. Even comparatively light songs like "State I'm In" and "Dream Baby" have an oddly paranoid tone to them. Of course, the detour into mature themes didn't last long, as the group's next album introduced the chart-bound frivolity of Stock-Aitken-Waterman into the picture, but Bananarama in an intriguing and often excellent side trip. Important discographical curiosity: original U.S. copies of Bananarama included an extended seven-minute take of "Hot Line to Heaven." After the fall 1984 release of the single "The Wild Life" (the theme to Cameron Crowe's second movie), U.S. copies of Bananarama were altered to include the new single at the start of side two, followed by the superior single edit of "Hot Line to Heaven." ~ Stewart Mason