U2 No Line On the Horizon 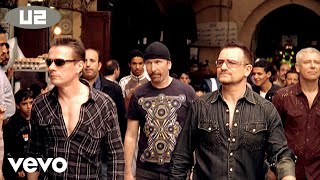 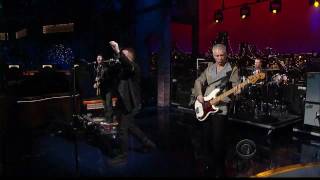 Rolling Stone - p.72
5 stars out of 5 -- "The Edge takes one of his few extended guitar solos at the end of 'Unknown Caller,' a straightforward, elegiac break with a worn, notched edge to his treble tone....'Cedars of Lebanon' ends the album much as 'The Wanderer' did on ZOOROPA, a triumph of bare minimums..."
Spin - p.73
"U2 still inspire flashes of elation, awe, and yes, hope like no other rock band....The title-track opener masses the Edge's guitar and synth tracks into a dense whir and swirl amid gurning polyrhythms..."
Spin - p.29
Ranked #32 in Spin's "40 Best Albums Of 2009" -- "NO LINE is entirely convincing, with sounds, tones, and textures that wouldn't have sounded out of place in 1983..."
Entertainment Weekly - pp.70-71
"NO LINE ON THE HORIZOON is an eclectic and electrifying winner, one that speaks to the zeitgeist the way only U2 can and dare do....The record's instant classic is its penultimate track, 'Breathe,' a stomping, snarling rumination..." -- Grade: A-
Uncut
4 stars out of 5 -- "The title track crashes in like a wave over the bows, washes of keyboards retreating to reveal a growling guitar riff..."
Down Beat - p.58
4 stars out of 5 -- "Purveyors of anthemic rock at its finest, arguably the world's greatest pop band offers more passion under the guidance of producers Brian Eno and Daniel Lanois..."
Q (Magazine) - pp.94-95
5 stars out of 5 -- "The first part of NO LINE ON THE HORIZON contains the U2 of wide-open spaces, of sweeping mountain valleys, and of Edge's signature chiming guitar lines....The best U2 album since ACHTUNG BABY. With time, it may prove to be better still."
Mojo (Publisher) - p.96
4 stars out of 5 -- "The result is a collage of several kinds of classic U2 albums, one that has the beauty of their panoramic '80s Eno/Lanois recordings plus the synthetic experimentation and dalliance with pop merriment which revolutionized the band's modus operandi from ACHTUNG BABY onwards."
Blender (Magazine) - p.58
5 stars out of 5 -- "'Moment of Surrender' is the high point -- seven minutes of Bono in gospel mode, lost in the late-night city, questing for salvation and finding it in Adam Clayton's bass. The Edge fleshes out the yearning with some piercing crazy-diamond guitar."
Record Collector (magazine) - p.102
4 stars out of 5 -- "Smart one-liners pepper the album....Musically eclectic at every turn, the title track is swathed in the staccato guitar figures Franz Ferdinand have recently monopolised..."
Clash (Magazine) (p.106) - "Drenched in The Edge's sky-scraping guitar solos, Bono's operatic vocals, and Eno and Lanois' ambient, textured production effects....A record that is trademark U2 -- playful, soulful, stadium-slaying and decidedly heavy at times."

Includes 24 page booklet.
U2: The Edge (vocals, guitar, piano); Bono (vocals, guitar); Adam Clayton (bass guitar); Larry Mullen, Jr. (drums, percussion).
Personnel: Danny Lanois (vocals, guitar); Brian Eno (vocals, synthesizer, programming, loops); Louis Watkins (soprano); Cathy Thompson (violin); Caroline Dale (cello); Richard Watkins (French horn); Terry Lawless (piano, Fender Rhodes piano, keyboards); will.i.am (keyboards); Sam O'Sullivan (percussion); Tony Mangurian (programming).
Audio Mixers: Declan Gaffney; Danny Lanois; Richard Rainey; Steve Lillywhite; CJ Eiriksson; Carl Glanville; Cenzo Townshend.
Audio Remasterer: John Davis .
Recording information: HQ, Riad El Yacout, Fez; Olympic Studios, London, England; Platinum Sound Recording Studios, NY.
Photographer: Anton Corbijn.
Arrangers: U2; Brian Eno.
After spending the 1990s experimenting with electronic music and returning to arena-ready rock during the first few years of the 21st century, U2 stakes out territory somewhere between those two points on 2009's NO LINE ON THE HORIZON. Enlisting its go-to production trio of Brian Eno, Daniel Lanois, and Steve Lillywhite, the Irish quartet seems intent on crafting a quirkier companion piece to HOW TO DISMANTLE AN ATOMIC BOMB, and they succeed with restless tracks such as "Get on Your Boots," which sounds like "Vertigo" hijacked by T. Rex, and "Stand Up Comedy," a wiry number that lets the Edge cut loose with barbed guitar lines. Some of most striking songs on HORIZON are the ones that venture farthest from U2's comfort zone, as on the surprisingly weighty title track, a tune that counterbalances its nearly industrial heft with a high-pitched keyboard melody, and, of course, Bono's soaring vocals. Although HORIZON is willfully less accessible than BOMB or ALL THAT YOU CAN'T LEAVE BEHIND, it's no return to ZOOROPA-level obtuseness either, meaning that U2 fans will find plenty to admire here even if it doesn't hit them with the immediacy of the group's signature anthems.

U2
Songs of Experience
$11.98 ENDS TONIGHT
Add to Cart