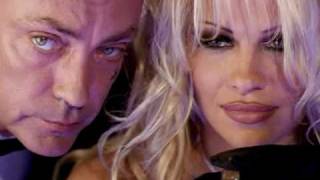 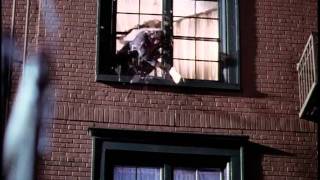 Pamela Anderson Lee mounts the title role in this tale of a futuristic bar owner who accepts mercenary jobs on the side in the only non-dictator-controlled city in the nation. She's always available to the highest bidder until an old flame comes along and re-ignites her faith in mankind. This high-tech thriller, based on a popular underground comic book, is available in rated and unrated versions.

Based on the Dark Horse comic book, "Barb Wire" takes place in the town of Steel Harbor during the year 2017, after the second Civil War. Steel Harbor is one of the few cities still free from the grip of either government troops or rebel fighters. It is also home to blonde bombshell Barb Wire, a leather-clad, pistol packin', cycle-ridin' bounty hunter, who ALWAYS gets her man. Barb becomes enmeshed in a "Casablanca"-esque plot, involving resistance fighters, wicked federal agents, and a very special pair of contact lenses that allow the user to avoid detection by the feds.
In between shootouts, explosions and chases, Barb becomes the owner of the coveted lenses. Will she use them to help the rebels' Or sell them to pay for her blind brother's operation'