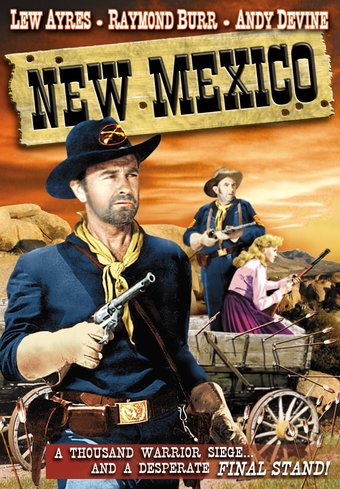 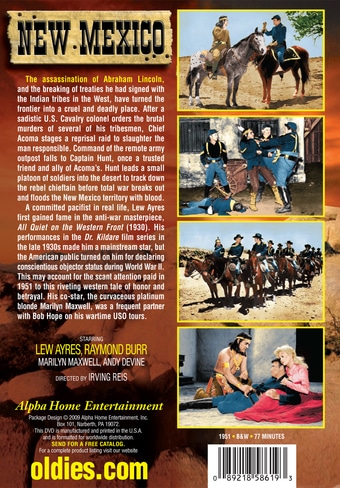 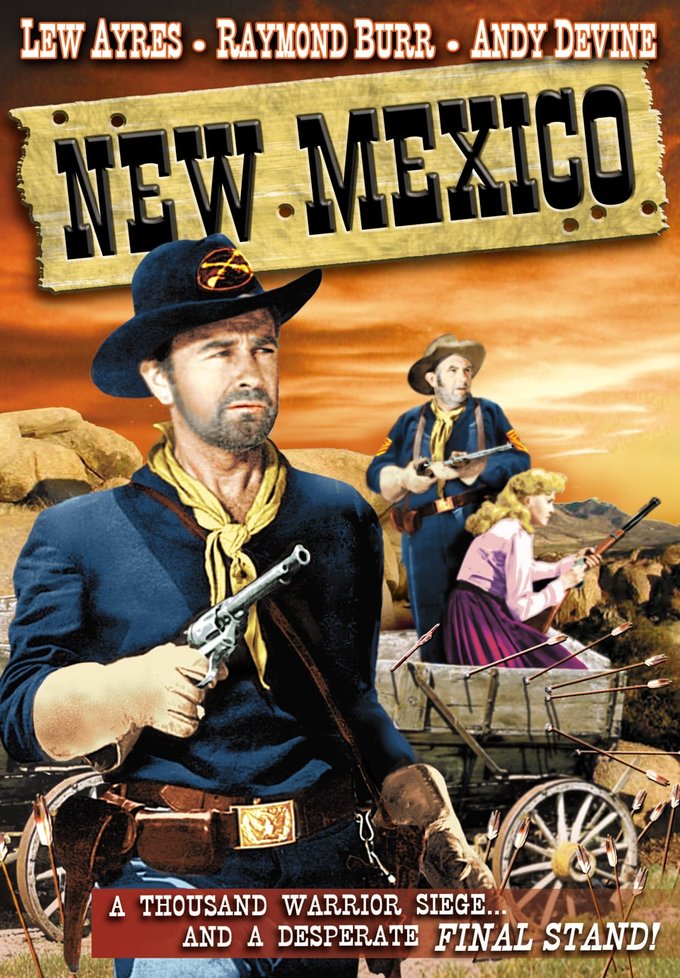 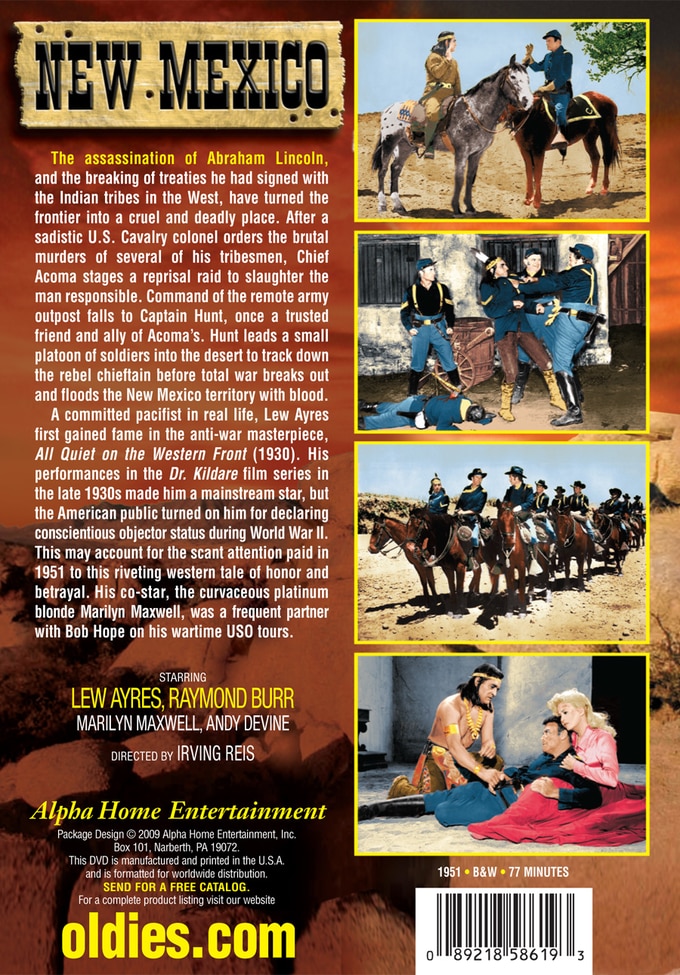 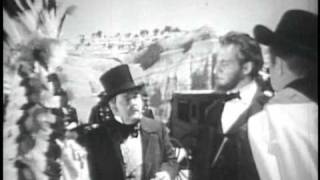 The assassination of Abraham Lincoln, and the breaking of treaties he had signed with the Indian tribes in the West, have turned the frontier into a cruel and deadly place. After a sadistic U.S. Cavalry colonel orders the brutal murders of several of his tribesmen, Chief Acoma stages a reprisal raid to slaughter the man responsible. Command of the remote army outpost falls to Captain Hunt, once a trusted friend and ally of Acoma's. Hunt leads a small platoon of soldiers into the desert to track down the rebel chieftain before total war breaks out and floods the New Mexico territory with blood.

A committed pacifist in real life, Lew Ayres first gained fame in the anti-war masterpiece, All Quiet on the Western Front (1930). His performances in the Dr. Kildare film series in the late 1930s made him a mainstream star, but the American public turned on him for declaring conscientious objector status during World War II. This may account for the scant attention paid in 1951 to this riveting western tale of honor and betrayal. His co-star, the curvaceous platinum blonde Marilyn Maxwell, was a frequent partner with Bob Hope on his wartime USO tours.

Filmed in Ansco Color (a fancy name for Eastmancolor), NEW MEXICO stars Lew Ayres as Capt. Hunt, a U.S. Cavalry Captain stationed in Indian territory. Sympathetic to the plight of the long-suffering Native Americans, Hunt sets out to sign a peace treaty with the local chief (Ted de Corsia). En route, he rescues saloon girl Cherry (Marilyn Maxwell) from an Indian attack. Cherry remains by Hunt's side when he is forced to defend an Army fortress from the enraged chief, whose son was accidentally killed by a soldier. The supporting cast includes such TV favorites as Raymond Burr, Andy Devine, Verna Felton, and, as President Lincoln, Hans Conreid.

Action | Native Americans | Soldiers | Battles
This product is made-on-demand by the manufacturer using DVD-R recordable media. Almost all DVD players can play DVD-Rs (except for some older models made before 2000) - please consult your owner's manual for formats compatible with your player. These DVD-Rs may not play on all computers or DVD player/recorders. To address this, the manufacturer recommends viewing this product on a DVD player that does not have recording capability.