Spin: "[T]he record works best at its most focused and extroverted, as on the disco-glammy 'Where I'm Going' and 'Need You Now,' a swooning rush of E-fueled harmony." 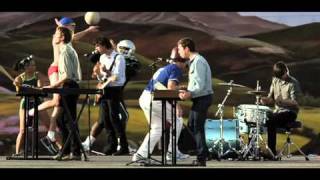 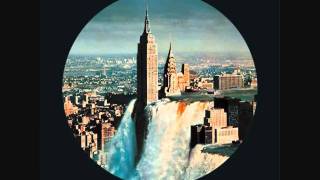 Spin - p.80
"[T]he record works best at its most focused and extroverted, as on the disco-glammy 'Where I'm Going' and 'Need You Now,' a swooning rush of E-fueled harmony."
Alternative Press - p.92
3 stars out of 5 -- "[H]ere the Melbourne act cast a broader rhythmic tribal net, incorporating varying world beats, tribal synth toms and tropical tin drum plinking into the mix..."
CMJ
"[The album] is the image of a band who does straight disco-rock well, expanding and incorporating other sounds into its repertoire....ZONOSCOPE possesses a remarkable flexibility in orchestration..."
Billboard (p.32) - "Overall, ZONOSCOPE has an ease and effortlessness to it....Cut Copy thrives when the ingredients are simple: melody, voice and its influences interpreted."
Paste (magazine) - "Cut Copy are deceptively complex, even at their hookiest. 'Take Me Over' is a parade-worthy career highlight, boasting an irresistible synth groove..."
Clash (Magazine) - "'Where I'm Going' is punchy, perky and immediately likeable, its psychedelic retro feel good underpinned by a bounding, hook-laden chorus..."

Audio Mixer: Ben H. Allen III.
Recording information: CCHQ; Christmas St, Melbourne, Australia; Southern Tracks, Atlanta, GA.
Editors: Steve Morrison; Rob Gardiner.
Illustrator: Dan Whitford.
Cut Copy's first album since 2008's In Ghost Colours was inspired by a wide range of adventurous music from the past 30 years -- albums like Fleetwood Mac's Tusk and Malcolm McLaren's Duck Rock, as well as groups like Happy Mondays and Primal Scream. While Zonoscope contains some of the group's most pop-oriented material, much of it is the result of extensive and loose jamming.

Deerhunter
Why Hasn't Everything Already Disappeared?
$15.40
Add to Cart

Thievery Corporation
Sounds from the Thievery Hi-Fi
$12.70
Add to Cart