The Range Busters hunt for stage coach thieves in this action packed classic. 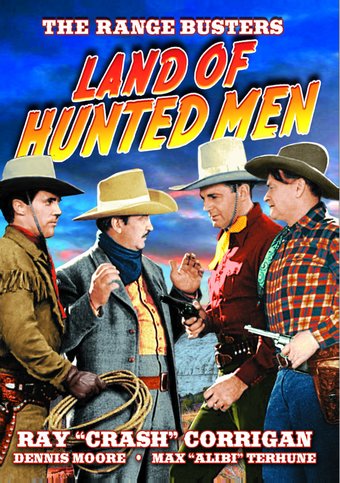 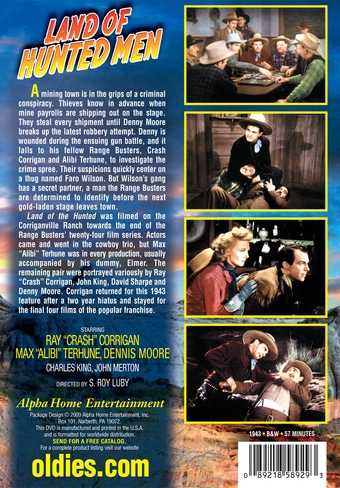 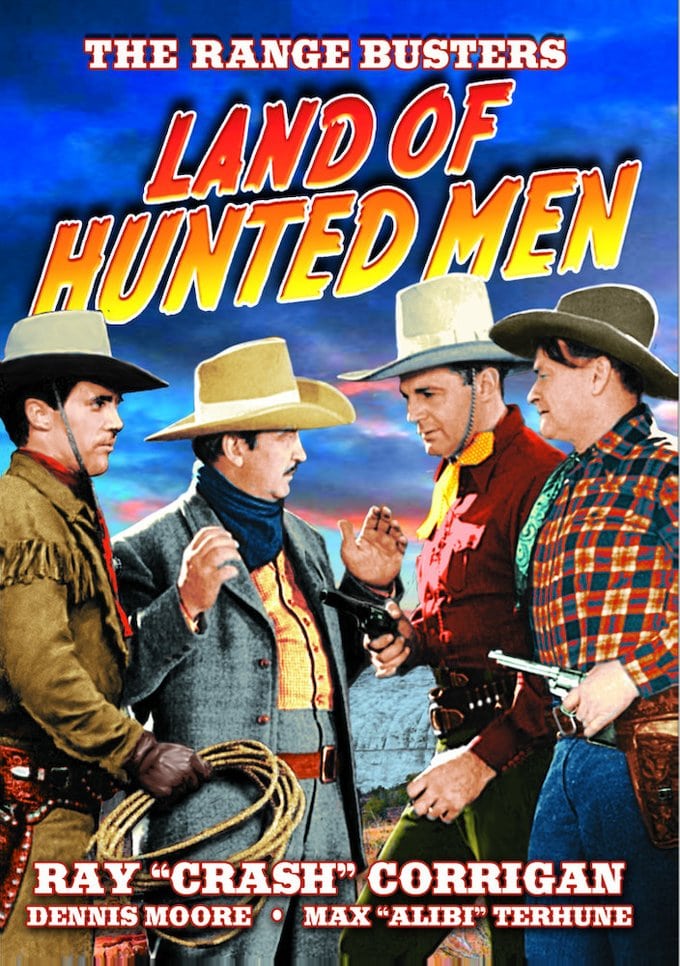 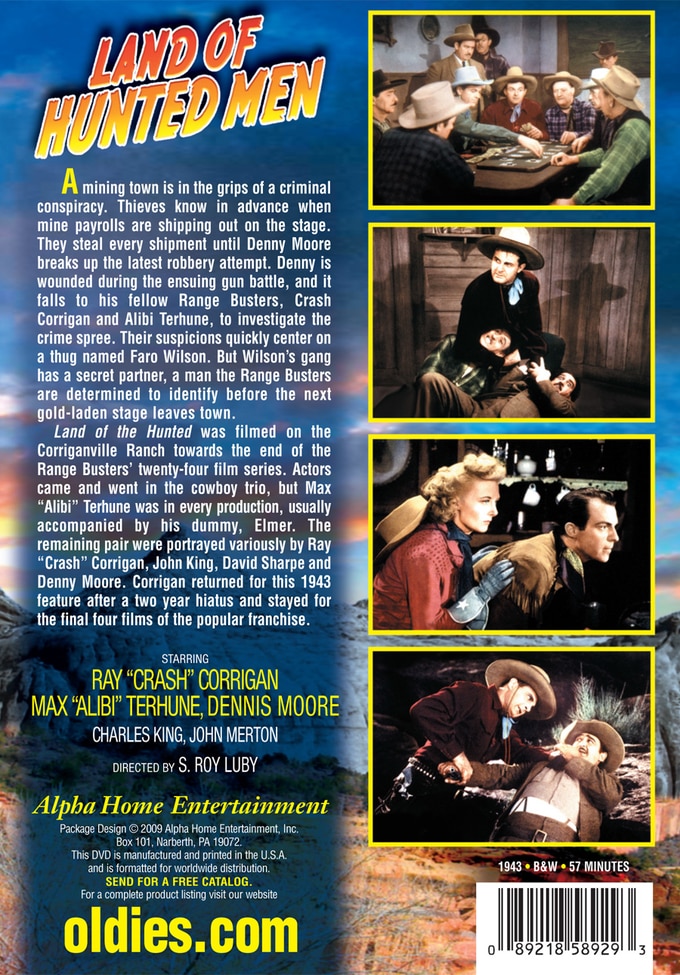 A mining town is in the grips of a criminal conspiracy. Thieves know in advance when mine payrolls are shipping out on the stage. They steal every shipment until Denny Moore breaks up the latest robbery attempt. Denny is wounded during the ensuing gun battle, and it falls to his fellow Range Busters, Crash Corrigan and Alibi Terhune, to investigate the crime spree. Their suspicions quickly center on a thug named Faro Wilson. But Wilson's gang has a secret partner, a man the Range Busters are determined to identify before the next gold-laden stage leaves town.

Land of the Hunted was filmed on the Corriganville Ranch towards the end of the Range Busters' twenty-four film series. Actors came and went in the cowboy trio, but Max "Alibi" Terhune was in every production, usually accompanied by his dummy, Elmer. The remaining pair were portrayed variously by Ray "Crash" Corrigan, John King, David Sharpe and Denny Moore. Corrigan returned for this 1943 feature after a two year hiatus and stayed for the final four films of the popular franchise.

The 21st film in the 24-part series, LAND OF HUNTED MEN claimed the reappearance of series leading man Ray "Crash" Corrigan. The star returns to play hero once again, this time saving a small Old West town from the outlaws trying to take over.

25%off
The Range Busters: Underground Rustlers (DVD)
$5.95 on Sale
Add to Cart