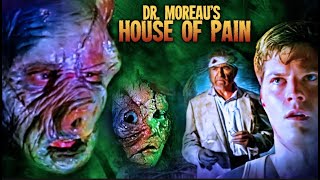 Eric Carson is searching for his brother, an athlete who came to the secret hospital of the legendary Dr. Moreau to help him with a rare blood disease. The boy was subjected to Moreau's radical transplant techniques, an operation that turned him into half man, half panther.