A murder. A suspect. A shadow of a doubt. 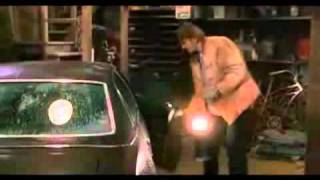 The idyllic life of Carolyn and Ben Ryan (Meryl Streep and Liam Neeson) is shattered in an instant when the girlfriend of their teenage son, Jacob (Edward Furlong), is found brutally murdered. Jacob was the last person to see her alive, and he quickly becomes the prime suspect in the case. Worse yet, Jacob has disappeared, rendering himself a fugitive and leaving his shocked parents to try to piece together the mysterious puzzle amidst a maelstrom of angry townspeople and media backlash.

Based on the 1992 novel by Rosellen Brown, BEFORE AND AFTER finds director Barbet Schroeder revisiting the kind of subject matter--the intertwining of crime and complicated family dynamics--he wove into suspense-spiked art in REVERSAL OF FORTUNE. As in Schroeder's earlier film, the focus is not so much on the crime and the slippery facts surrounding it as it is on the people most affected by it. Neeson and Streep reward this focus with naked, courageous performances as the parents struggling to prove their son's innocence while also trying to hold their family together.

In BEFORE AND AFTER, based on the 1992 novel by Rosellen Brown, a respected couple's teenage son disappears after his girlfriend is brutally slain. The couple's conflicting responses to the possibility of their son's guilt threaten to irreparably rend the fabric of their marriage.