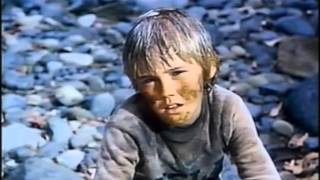 A recently orphaned boy learns the art of wilderness survival when he meets up with a sick, dying old man in the Australian Back Country. The fabulously beautiful landscape, complete with kangaroos & wallabies, provides the picture with an almost surreal atmosphere.

While vacationing in the Australian Outback with his parents, American youngster Shawn Daley sees his Mom and Dad killed in a car crash and finds himself orphaned.
Shawn eludes a variety of insect and reptilian life before he meets Patrick Foley, a grumpy adventurer who lives deep in the woods. Foley grudgingly takes the boy in and teaches him how to live off the land.
Then Shawn learns that Foley has a fatal disease and has returned to his farm to die in peace. When Foley's condition worsens, Shawn discovers he has to leave Foley behind and start his journey back to civilization.
Only now Shawn has the tools, courtesy of Foley, to survive the trip.

Only the Brave
$10
Add to Cart