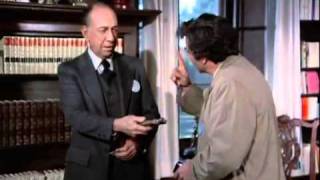 The LAPD's most clever detective returns to solve more seemingly unsolvable murders in COLUMBO: THE COMPLETE SECOND SEASON. Peter Falk stars as the well-known Det. Columbo, whose disheveled appearance and lackadaisical investigations disguise his sharp and shrewd intelligence. COLUMBO was an unusual television program in that it was broadcast irregularly, but each episode was either 90 or 120 minutes long, a length more common to films than television series'. THE COMPLETE SECOND SEASON has three of the longer episodes and five shorter, for eight total. The episodes feature famous guest stars as diverse as John Cassavetes, Ray Milland, Leonard Nimoy, Julie Newmar, Martin Landau, and many others. In addition, two of the episodes were written by legendary television producer-writer Steven Bochco.