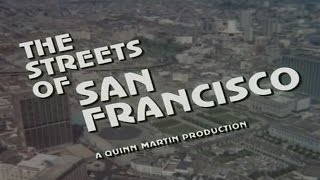 While it never achieved the success of such better-known shows as KOJAK or STARSKY & HUTCH, the Quinn Martin-produced THE STREETS OF SAN FRANCISCO remains one of the highlights of the 1970s television crime-drama boom. The action-packed series also made a star of the then up-and-coming actor Michael Douglas, who, along with Karl Malden, anchored the cast as a father-and-son-like duo of crime-fighting San Francisco police detectives: 20-year veteran Mike Stone (Malden) and his eager rookie partner, Steve Keller (Douglas). Filmed on location in the city by the bay, the series distinguished itself with great acting, intricate storylines, inventive opening credits, and an indelible theme song. This collection presents the first half of the series' second season.

The Master of Disguise (DVD)
$8.70 Super Savings
Add to Cart