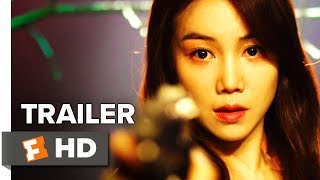 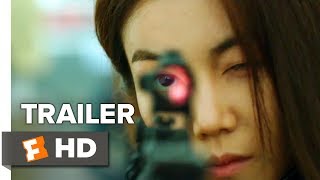 Los Angeles Times - 08/24/2017
"[A]n insanely over-cranked action-thriller from the South Korean director Jung Byung-gil, begins with the sort of sequence that seems designed to clear most of the theater, until only those with cast-iron stomachs remain."
New York Times - 08/24/2017
"[T]he film mirrors the experience of playing a video game. The camera whips to each new target with the assurance of someone who knows all the combinations, and has instinctive, practiced access to every code and cheat."
Entertainment Weekly - 08/23/2017
"For connoisseurs, it’s an OLDBOY plus an ATOMIC BLONDE plus the only good action scene from DAREDEVIL, but there are some genuinely unexpected moments." -- Grade: B
Washington Post - 09/14/2017
"THE VILLAINESS has some of the most audacious action sequences of the year. Between them is sandwiched a melodrama that jumps across time, with multiple betrayals along the way..."
The Guardian - 09/18/2017
3 stars out of 5 -- "Like the protagonist of Luc Besson’s LA FEMME NIKITA, Sook-hee is a street-tough young killer recruited by a government agency with an offer she can’t refuse: death or gainful employment as an assassin."
Film Comment - 09/01/2017
"A Korean revenge film in the OLDBOY lineage, with an operatically convoluted flashback structure and a tip-of"-the-cap hallway slaughter sequence, it enervates and energizes in equal measure."

Trained since birth to be a ruthless assassin, Sook-hee (Kim Ok-bin) is offered a chance to escape her life of crime if she agrees to work for the government for ten years. She soon becomes a sleeper agent posing as a theater actress, but secrets from her past reemerge and threaten her shot at redemption. Directed by Jung Byoung-gil.

16%off
Valerian and the City of a Thousand Planets
$8.40 Super Savings
Add to Cart

Blade of the Immortal (Blu-ray)
$15.70 Super Savings
Add to Cart

Blade of the Immortal
$11.60 Super Savings
Add to Cart