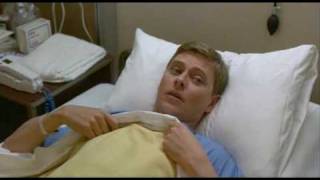 Dave Foley stars in this comedy as Nelson Hibbert, a nebbish business executive who blows a fuse when he is passed over for a promotion. After being heard by the entire office shouting death threats at his boss, Nelson panics when he goes in to see his boss again and finds him dead, stabbed in the neck. Before he knows it, Nelson has grabbed the murder weapon and gotten blood all over himself. Knowing that he's now the prime suspect, Nelson runs out of the office and goes on the lam. Though the police soon find out he isn't the killer, Nelson is too busy running from the law to realize that they're not looking for him.