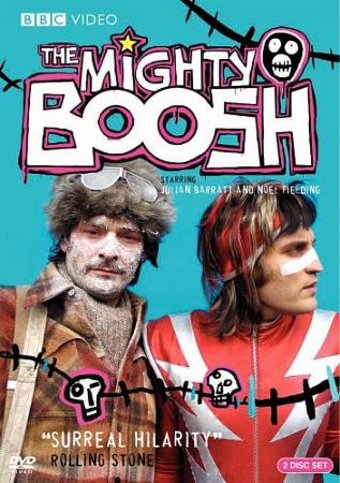 A zoo isn't exactly world-class when the boss has to have a pair of workers dress up as animals to please the visitors. That's the predicament facing Howard and Vince, the hapless leads in this quirky British comedy series that offers a surreal take on the daily workday.

Howard and Vince, two workers in a run-down zoo, are often called upon to put their jobs before their pride. That often means dressing up as animals and sitting in cages because their boss, American entrepreneur Bob Fossil, cant afford any real animals. Vince accepts the situation happily, quite in contrast to his grandiose, tweed-wearing colleague. But they often have to leave their jobs to go on quests - to the Artic, or even other dimensions. A sci-fi comedy series with hallucinogenic qualities, related to Monty Python's anarchy and Hitchhiker's astonishing creativity.

80%off
The History of Indiana University Basketball
$3.98 on Sale
Add to Cart
(2)