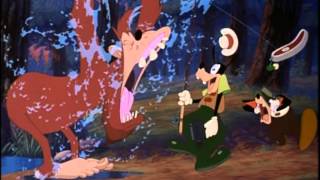 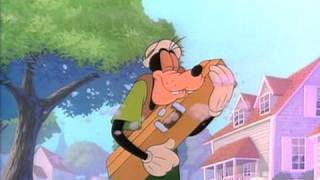 Disney's lovable, big-toothed mutt takes his son on a road trip in this musical family adventure. They encounter theme parks, difficult bodies of water, Bigfoot and more and learn more about each other through their journey. Gold Collection Edition includes animated short "Calling All Goofs".

A Goofy Movie
Now you can enjoy all the outrageous fun and laughter of Disney's most legendary comedian as he stars in his very own full-length motion picture! In the great tradition of quality Disney animation, A GOOFY MOVIE is a classic blend of irresistible characters, unforgettable music, and an endearing modern-day story about how the lovable Goof bonds with his teenage son Max on a hilarious cross-country road trip. En route to the ol' fishing hole, they find themselves up to their floppy ears in misadventure! Will Max learn there's nothing wrong with taking after dear old dad ... if he is a little goofy' The question is answered in the showstopping finale when Max and Goofy "crash the stage" at the most spectacular rock concert ever performed! Filled with action-packed scenes, narrow escapes -- even a comic close encounter with Bigfoot -- Disney's critically acclaimed hit comedy is a delightfully memorable adventure your family will love taking again and again!

"A Goofy Movie" is full of laughs and silly mishaps. Goofy takes his teenage son Max out in the woods for some fishing, so they can spend more time together. They have a narrow escape when they cross paths with Bigfoot!
Max has other ideas: he wants to go to L.A. to see a rock concert so he gets Goofy to hit the road and they travel all the way from the forest to backstage... in the goofiest way possible, of course!

Honey, I Shrunk the Kids
$6 Super Savings
Add to Cart