Made for Each Other

A heart warming comedy about the love and struggles of a young married couple. 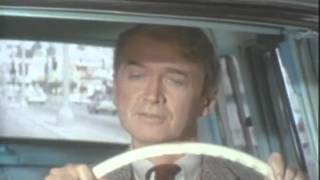 Made For Each Other Trailer 1939

James Stewart and Carole Lombard play a young married couple who learn that love conquers all in this poignant romantic drama. Newlyweds John (Stewart) and Jane (Lombard) return to New York after a whirlwind courtship. Dreamy-eyed and idealistic, the pair are soon blessed with a newborn son and later are forced to deal with a stream of domestic problems, including John being passed over for a junior partnership and mounting expenses that can't be met. When their son's life is jeopardized, they face a crisis of faith that only strengthens the bond of their marriage.

Jimmy Stewart and Carole Lombard star as newlyweds in this delightful romantic dramedy. Stewart plays Johnny Mason, an amiable New York City lawyer who has put his career in jeopardy by refusing the hand of his employer's daughter. His beloved wife, Jane (comically portrayed by Lombard), is despised by Johnny's mother (Lucile Watson), who takes it upon herself to move in with the young couple. Things go from bad to worse when Jane gives birth to a child the family can ill afford. When the infant becomes sick on New Year's Eve, the pressure falls on Johnny to acquire medication from out of state in order to save both his child and his marriage. Impeccably directed by John Cromwell (GODDESS, ABE LINCOLN IN ILLINOIS), MADE FOR EACH OTHER combines laughter with tears in what is a classic, heartwarming example of true family entertainment.

A young couple's love is tested by poverty, pregnancy, and the meddling of a troublesome mother-in-law.