17K ratings
Currently Out of Stock: We'll get more as soon as possible
Notify Me When Available
Add to Wishlist
Format:  DVD
sku:  G67J
Our customers love us! 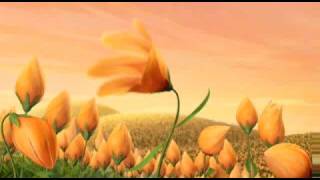 Though Tinker Bell might have played second fiddle to Peter Pan and Captain Hook in Disney's 1953 classic, the beloved fairy gets top billing--and a speaking role--with this animated adventure. In TINKER BELL, young audiences can journey to Pixie Hollow, the home of the fairies in Never Land. The spirited sprite is joined by a number of her magical friends: Iridessa the light fairy, Rosetta the garden fairy, Fawn the animal fairy, Silvermist the water fairy, and Clank and Bobbie the tinker fairies. Fans of the Disney Princess series will find much to like in this offering that introduces characters that children can identify with. Like other Disney films, TINKER BELL boasts beautiful CG animation and a number of celebrity voices: Mae Whitman, Kristin Chenowith, Anjelica Huston, Kathy Najimy, and Jesse McCartney.

33%off
The Magical Legend of the Leprechauns
$9.98 Spring Sale
Add to Cart