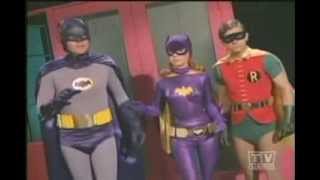 Some of Batman's most formidable enemies line up to tackle him in this collection of episodes from the animated Kids WB show. In this fifth season, the Caped Crusader joins forces with Robin and Batgirl to throw a wrench in the devious schemes of The Joker and Lex Luthor. Teaming up to help take out the trash, and help keep Gotham City safe, are none other than Superman, Flash, and Green Arrow. This sleekly animated rendering of the popular superhero sticks closely to the dark, brooding character that Tim Burton crafted in his live-action Batman movie, making for a satisfying representation of the original comic-book hero.