A circus is haunted by a mad killer. 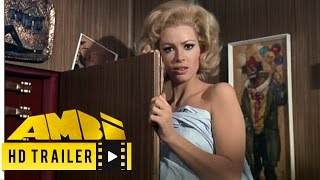 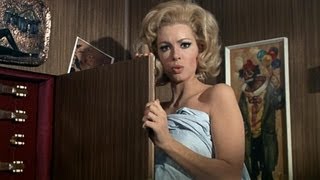 A perfectly executed heist leads to murder and mayhem at a traveling circus. After thieves pull off a precisely-timed robbery, one of the crooks is stabbed to death. When Inspector Elliott is assigned to the case, his search for the stolen cash leads him into the Barberini Circus. The criminal's body is discovered and a circus member is murdered - both victims of the same phantom killer. Elliott becomes caught up in the lives of the performers, whose private jealousies and indiscretions lead him through a labyrinth of clues to the location of the money and the killer. Horror film legend Christopher Lee is featured as Gregor, the hooded, disfigured lion tamer.

When a group of thieves rob a bank truck on London Bridge, the ensuing police investigation leads to a traveling circus. There they encounter a number of bizarre characters, including Christopher Lee's mysterious lion tamer, as they search for the missing money and the mastermind behind the robbery. Notoriously bad, CIRCUS OF FEAR is a laughable thriller that is more entertaining than it should be, mostly due to the good performances from Lee and Klaus Kinski.

Christopher Lee stars in this thriller about a traveling circus that is being terrorized by a serial murderer.

British | Detectives | Mystery | Suspense | Thriller | Killer | Detective
This product is made-on-demand by the manufacturer using DVD-R recordable media. Almost all DVD players can play DVD-Rs (except for some older models made before 2000) - please consult your owner's manual for formats compatible with your player. These DVD-Rs may not play on all computers or DVD player/recorders. To address this, the manufacturer recommends viewing this product on a DVD player that does not have recording capability.