The last word about the first time. 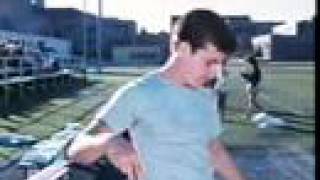 Variety - 04/13/1983
"...LOSIN' IT is a virtuous entry in the current cycle of deflower-power [pictures]....The picture is a solid credit for all involved. Especially good are Haley, Navin and Darrow..."

A shy young man (Cruise) and three of his closest friends travel to the Mexican border town of Tijuana on a quest to lose their virginity. This 80's fun and sexy teen comedy stars a young Tom Cruise in his fourth film role. Director Curtis Hanson would go on to direct such well regarded dramas as THE HAND THAT ROCKS THE CRADLE, L.A. CONFIDENTIAL, and WONDER BOYS.

Coming-of-age sex comedy about a group of teenage friends traveling to Mexico to lose their virginity. During their trip they pick up a wacky lady also going to Mexico to get a quickie divorce.