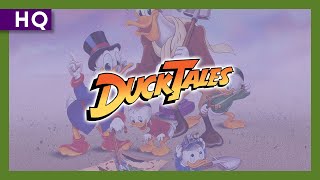 An after-school favorite of young viewers throughout the late-1980s, DUCKTALES chronicled the wacky adventures of millionaire Scrooge McDuck (Donald Duck's uncle) and his mischievous feathered nephews Huey, Dewey, and Louie. As Scrooge constantly thinks up new ways to expand his wealth, the boys help out by guarding his gold from the villainous Beagle Boys. With each episode, the gang finds itself immersed in a new series of animated journeys, often in search of treasure. While Scrooge may be protective of his wallet, he also develops a soft spot for the young ducks Donald Duck left in his care after joining the Navy. Often joining in for the ride are recurring characters like Gyro Gearloose, Mrs. Beakley, Webbigail Vanderquack, and of course the Beagle Boys.