Entertainment Weekly: "...a streamlined, high-tech extravaganza that does its best to catch the emotional high of the old concert films..." - Rating: B 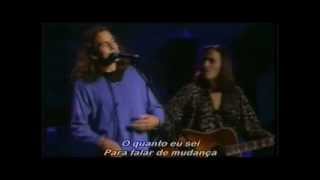 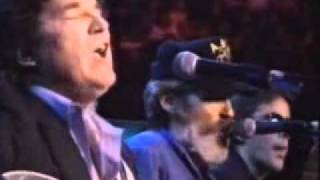 Rolling Stone - 9/16/93, p.72
4 Stars - Excellent - "...an extraordinary tribute....a remarkable moment of rock history and a fitting testimonial to a body of songs so deeply familiar that melodies, images and even turns of phrase have entered our common language..."
Entertainment Weekly - 9/17/93, p.90
"...a streamlined, high-tech extravaganza that does its best to catch the emotional high of the old concert films..." - Rating: B
Q - 9/93, p.86
3 Stars - Good

Engineers include: Phil Gitomer, Peter Hefter, Sean McClintock.
Recorded at Madison Square Garden, New York, New York. Includes liner notes by David Wild.
Neil Young's performance of "All Along The Watchtower" was nominated for a 1994 Grammy Award as "Best Rock Vocal Performance, Solo."
Bob Dylan, Roger McGuinn, Tom Petty, Neil Young, Eric Clapton and George Harrison's performance of "My Back Pages" was nominated for a 1994 Grammy Award as "Best Rock Performance By A Duo Or Group With Vocal."
A video version of THE 30TH ANNIVERSARY CONCERT CELEBRATION, which contains a few extra tracks, is available on LaserDisc and VHS on Sony Music Videos (49165).
THE 30TH ANNIVERSARY CONCERT CELEBRATION documents a special concert given in honor of Bob Dylan's 30th anniversary in the music business. This video includes rehearsal, backstage and interview footage.
THE 30TH ANNIVERSARY CONCERT CELEBRATION is available on CD and cassette on Columbia (53230).
Tributee: Bob Dylan.
Tributee: Bob Dylan.
Audio Mixers: Dave Hewett; David Thoener.
Liner Note Authors: Bill Flanagan; David Wild.
Editor: Steve Berkowitz .
Photographer: Ken Regan.
To commemorate 30 years since the release of Dylan's first Columbia album, a marathon tribute concert was held at New York's Madison Square Garden, with a galaxy of stars and voices from the past taking part. The cumulative effect of this tribute was staggering, revealing just how much truly great Dylan material there is to choose from all of his periods. A firm nucleus of the three surviving members of Booker T. & the MG's, plus G.E. Smith on guitar and Jim Keltner and Anton Fig on drums, anchors the bands, and most of the stars offer fresh slants on songs familiar and obscure. Among the more memorable interpretations are Richie Havens' moving "Just Like a Woman," completely within his style; the Clancy Brothers' fervent conversion of "When the Ship Comes In" to an Irish folk idiom; the swinging, countrified "You Ain't Goin' Nowhere" from Mary Chapin Carpenter, Shawn Colvin, and Rosanne Cash; and a sullen "Masters of War" by Eddie Vedder and Mike McCready on acoustic guitars. Lou Reed went through the bootlegs to come up with the pounding "Foot of Pride," which is perfectly suited to Reed's declamatory style. Eric Clapton shrugs off his diffident manner to deliver one of the most electrifying performances of his life in "Don't Think Twice, It's All Right" -- each guitar lick and vocal cuts angrily to the bone -- and George Harrison makes his first U.S. concert appearance in 18 years with "Absolutely Sweet Marie." Dylan himself appears at the end, wildly improvisational and harshly authentic in voice on "It's Alright, Ma" and "Girl of the North Country." By no means does this box contain the entire concert, though, and while the reason was probably to make the thing fit on two well-packed CDs, some of the deletions are inexplicable. To cite just a few examples, Harrison's "If Not for You" is missing; so are Clapton's "Love Minus Zero, No Limit" and some numbers by Booker T. & the MG's ("Gotta Serve Somebody" and "Lay Lady Lay" are in Stax's Time Is Tight box). Even Dylan's own performance of "Song to Woody" is not here; the booklet pleads "technical problems" but it sounded fine on the live telecast. Nevertheless, enough of the concert is here to suggest its triumph -- and all were reminded that the fountainhead of all of this music was still alive, creative, and unwilling to be consigned to the history books. ~ Richard S. Ginell