Rolling Stone: 3.5 stars out of 5 -- "'Charity Case' is Gnarls at their finest, with chain-gang grunts and gasps, tinkling chimes, spy-movie guitar and R&B organ..." 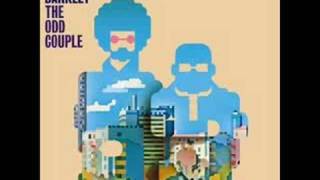 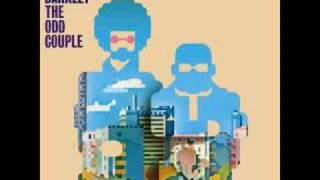 Gnarls Barkley- Who's Gonna Save My Soul (Music Video)

Rolling Stone - p.60
3.5 stars out of 5 -- "'Charity Case' is Gnarls at their finest, with chain-gang grunts and gasps, tinkling chimes, spy-movie guitar and R&B organ..."
Spin - p.91
3 stars out of 5 -- "[O]ne of the remarkable things about THE ODD COUPLE is its seamlessness....It's a parti-colored pop trip unlike anything else out there."
Entertainment Weekly - p.65
"ODD is impeccably produced and impressively layered, an esoteric love letter to both of-the-moment studio trickery and bone-deep vintage soul." -- Grade: B+
Uncut - p.95
4 stars out of 5 -- "Most of these tracks combine a seductive, upbeat surface with unsettling sonic textures beneath....The result is a milestone in modern psychedelic soul."
CMJ
"'Who's Gonna Save My Soul' is a haunting three-minute journey through sultry film noir alleys, replete with a melancholic plucked guitar..."
Vibe - p.69
"The finished product has glorious results -- it sounds like an antique shop where dusty albums by Ennio Morricone, The 5th Dimension, and Reverent C.L. Franklin are always playing on three turntables."
Q (Magazine) - p.127
3 stars out of 5 -- "[A] pop record at heart....The production seems brighter, sharper, with more emphasis on melody -- exemplified by the haunting 'Who's Gonna Save My Soul'..."
Blender (Magazine) - p.77
4 stars out of 5 -- "Gnarls tap in to the lingering power of old soul music: the terse structures, the testifying vocals, the danceable beats and, especially, the full-fledged melodies..."
Record Collector (magazine) - p.92
3 stars out of 5 -- "[The album brings] a little bit of dark imagination into pop's mainstream....Cee-Lo's one of the most interesting hip-hop/R&B stars..."
Clash (Magazine) (p.113) - "'No Time Soon' is a cracked-magenta torch song of staggering beauty...and 'Who's Gonna Save My Soul' bursts clean out of the widescreen soul frame..."

It's hard enough to follow up a successful debut album, but try following up a boundary-breaking blockbuster of a debut album. The duo of Cee-Lo and Danger Mouse became a household name as Gnarls Barkley in 2006 with their frothy blend of pop, R&B, and hip-hop. Two years on, THE ODD COUPLE stands up proudly alongside its predecessor. The basic recipe hasn't been drastically altered--Danger Mouse's skittering beats and snap-crackle-pop production still provide the perfect platform for Cee-Lo's mighty, soulful wail. If anything, the pair have refined and sharpened their approach to a razor's edge. The key is the way the musical flavors intersect: the Arthur Lee-meets-N.E.R.D. stroll of "Surprise," the jubilant jumble of gospel/soul/synthpop on "Going On," the Otis Redding-shares-a-treadmill-with-Outkast feel of the single "Run (I'm a Natural Disaster)." The cumulative effect is one of a group whose trick-bag has a never-ending supply of happy surprises. Take that, pessimistic sophomore-jinx predictors!