A woman like Kit comes around once in a lifetime. That's enough. 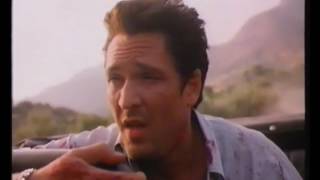 Variety - 01/18/1993
"...Technically accomplished....One can credit Reiner with keeping his tank filled with high-octane gas, as the performances and pacing possess a pedal-to-the-metal momentum..."

Just out of prison, Harry is driving to Nevada to change his luck. But he doesn't know there's a body in the trunk or that the sexy cocktail waitress he picked up plans to kill a mob boss. Soon Harry's trip becomes a race for survival.

Harry Talbot has just been released from prison and luck is on his side. In a poker game Harry wins a classic convertible and tons of dough. And on his way out of town, he picks up a lovely young hitchhiker named Kit. What Harry doesn't know is that Kit Califano is not a sociology student traveling west, but the daughter of a dead mafia don bent on avenging her father's murder. And to boot, the car which he so ably won, contains one added feature in its trunk -- a dead mobster with a key to a safety deposit box. Welcome back to the free world Harry!