The Indian in the Cupboard PG 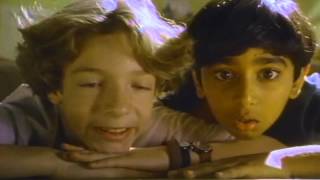 The Indian In The Cupboard Trailer 1995

Good things often come in little packages, as young Omri (Hal Scardino) discovers when he receives a present from his friend Patrick, a plastic Indian figure that comes to life after Omri locks him in his toy cupboard. Little Bear (Litefoot), an Iroquois Indian from 1761, opens up new worlds of thought, experience, and tolerance to young Omri. A few disastrous experiments with other toys in the cupboard and Patrick's insistence on receiving his own living toy reveals to Omri that the "toys" have feelings just as he does, no matter how small their stature. Frank Oz (BOWFINGER) directs from a script from Melissa Mathison (E.T.).

Omri receives for his birthday a coveted skateboard, but also a strange little cabinet and an Indian figurine, which ultimately prove to be far more fascinating. When Omri opens the cabinet after locking the Indian in there all night, he discovers the plastic figure has been replaced by the living, but still toy-size, Iroquois Indian Little Bear, who has been transported there from 1761. Omri's adventures with Little Bear teach him about other cultures and friendship, but his experiments with the cupboard culminate in disaster, forcing Omri to realize that the tiny Indian is as much a person as he is and deserves to be returned to his own time and place, not kept in Omri's world as a plaything. A magical tale of imagination and adventure, THE INDIAN IN THE CUPBOARD sensitively explores the deep bond between kids and their toys.

Honey, We Shrunk Ourselves
$6.50 Super Savings
Add to Cart