Sometimes you find your heroes in the most unlikely places 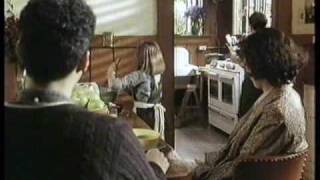 "Just pretend you're living with Dopey ... and Dopey."
- Selma Lidz (Andie MacDowell), to her son when he goes to live with his eccentric uncles

Entertainment Weekly - 04/19/1996
"...Intelligently affecting direction....The film's charms are small but many." -- Rating: B+
Los Angeles Times - 09/15/1995
"...Surprisingly rich in the feelings it conveys....In its unexpected ability to mix slapstick with subtlety, sadness with mad farce, it touches an unusual and especially emotional chord..."
Chicago Sun-Times - 09/15/1995
"...There are moments so touching that the heart almost stops....And yet the movie for most of the way is a comedy, showing how in all good families there is room for everyone..."
Wall Street Journal - 02/14/2013
"Phedon Papamichael did the luminous cinematography. Thomas Newman was nominated for an Oscar for his distinctive score."

Steven Lidz lives a happy and secure life in the home of his loving mother and inventor father in 1962 Los Angeles. However, things take a tragic turn when his mom, Selma, becomes terminally ill with cancer. Because Steven's father can't bring himself to deal honestly with Selma's impending death, Steven chooses to live with his two eccentric uncles, Danny and Arthur. While Danny suffers from paranoia and sees anti-Semitic conspiracies everywhere, Arthur is a childlike pack rat who has filled their apartment with stacks of newspapers and hundreds of small items he's found in the streets. Despite their strange lifestyles, the uncles manage to usher Steven through this difficult period of his life, and find a creative way of dealing with his grief. Adapted from the touching childhood memoirs of Franz Lidz. Academy Award Nomination: Best Original Musical or Comedy Score.

The Kids Are All Right
$4.89 Winter Sale
Add to Cart

The Kids Are All Right
$4.89 Winter Sale
Add to Cart