Spin: "On their fourth album as First Aid Kit, indie-folk darlings Klara and Johanna S”derberg reckon with adult heartache like never before..."

Get email alerts for First Aid Kit
Currently Out of Stock: We'll get more as soon as possible
Notify Me When Available
Add to Wishlist
Format:  CD
sku:  6GHV5
91% recommend us! 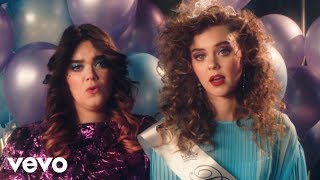 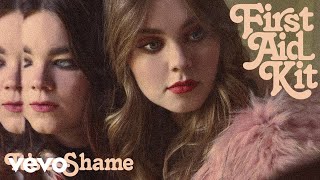 Rolling Stone
3.5 stars out of 5 -- "Producing their fourth set, folk-rock impressionist Tucker Martine helps shape a dreamy grandeur, with touches of pedal steel and Peter Buck's guitar atmospherics, while a damaged romance bleeds across a widescreen America..."
Spin
"On their fourth album as First Aid Kit, indie-folk darlings Klara and Johanna S”derberg reckon with adult heartache like never before..."
Uncut
"'Hem Of Her Dress' finds a more raucous form of expression. An accelerated waltz driven by ragged saloon-bar vocals and rattling acoustic guitars, it ends in a big, boozy singalong, horns and strings colliding in the background..."
Magnet
"When they open up and truly let go, they achieve states of near euphoria and joyous magnificence. It's akin to some divine magic trick -- best not to question and instead bask in the reflected glory."
NME (Magazine)
4 stars out of 5 -- "'Ruins' is a lush, expansive release that uses the siblings' uncanny blood harmony to full effect, elevating their low-key folk songs into something majestic."
Paste (magazine) - "[T]here's a gentle weight of experience that permeates the album's lyrics, a freshly-sharpened edge of cynicism"

Audio Mixer: Andrew Scheps.
Recording information: Flora Recording and Playback, Portland, OR.
Photographers: Jason Quigley; Lauren Dukoff.
With its release following their 2014 major-label debut, Stay Gold, by nearly four years, the S”derberg sisters of First Aid Kit began work on their fourth album after taking a break from music. In the meantime, Klara had moved back home to Stockholm from Manchester, England following a broken engagement. The resulting Ruins takes on heavy-hearted subject matter inspired by working through the personal aftermath. Still, fans of Stay Gold will find a familiar bright, assertive sound, with Klara and Johanna's trademark tandem vocals bringing a certain air of resiliency to an unexpectedly lively set of songs. Ruins marks a first-time collaboration with producer Tucker Martine, whose r‚sum‚ includes bands such as My Morning Jacket, the Decemberists, and Blind Pilot, and performances are bolstered by backing musicians that include the likes of R.E.M's Peter Buck, Wilco's Glen Kotche, Midlake's McKenzie Smith, and LAKE's Eli Moore. The self-doubting opener, "Rebel Heart," sets the stage with a haunting folk-rock that features instruments like pedal steel, organ, tambourine, and Buck's eBow guitar among its sepia-shaded palette. A more confident, uptempo track, "It's a Shame" shows signs of mettle with advice like "No point in wasting sorrow/On things that won't be here tomorrow." These early tracks help establish a musical sprightliness that holds course for most of the album, even the heartbroken country ballad "Postcard" ("I wasn't looking for trouble but trouble came/I wasn't looking to change, I'll never be the same"). Ruins is never complacent, though, keeping its rough, rustic edges, and allowing for the sounds of fingers on frets on quieter tunes like "To Live a Life." Lyrics don't put on a false front, either, and that's ultimately what makes the album linger -- from a title track that leaves us "Standing amongst ticket stubs and written notes and photographs" to a closer that loses track of time in search of a place that feels like home. ~ Marcy Donelson