These two unlikely companions are on a journey to find her long lost son.

Available: Usually ships in 1-3 business days
Only 7 copies left
Add to Cart
Add to Wishlist
Format:  DVD
sku:  39C3E
Related products:
A Short Stay in Switzerland for $3.98
Enough Said for $12.50
Letter From Billy Williams [Import] for $13.60
Unfinished Song for $10.70
Our customers love us! 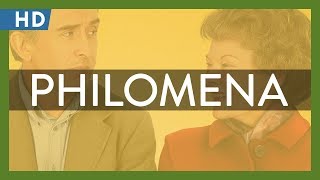 Total Film - 10/28/2013
4 stars out of 5 -- "Dench, drawing on her own Irish family background, scores another acting tour de force, pitch-perfect in her accent and lacing Philomena's naivety with an innate shrewdness."
Empire - 10/25/2013
5 stars out of 5 -- "A terrific, sophisticated comedy that tackles serious issues with a lightness of touch and a spirit of steel..."
USA Today - 11/20/2013
3 stars out of 4 -- "[C]ompelling, poignant and gently funny."
Wall Street Journal - 11/20/2013
"[T]his drama of a woman searching for the son who was taken from her half a century ago can catch you by surprise. That's a tribute to the story's essence...but also to the eloquently understated performance of Judi Dench in the title role."
Los Angeles Times - 11/21/2013
"[T]he film's overall effectiveness is hard to deny. A good part of the credit for this goes to Dench's performance as Philomena Lee..."
New York Times - 11/22/2013
"Ms. Dench's Philomena Lee glows with the radiance of someone serene in her faith....That she makes you believe her character has the capacity to forgive provides the movie with a solid moral center."
A.V. Club - 11/21/2013
"[A] sober consideration of how ideals relate to institutions -- whether they're religions or political parties -- anchored by two well-rounded, funny lead performances."
Washington Post - 11/29/2013
3.5 stars out of 4 -- "Dench delivers one of her most recessive, unprepossessing performances yet....At its core, this clever, wrenching, profound story underscores the tenacity of faith in the face of unfathomable cruelty."
Chicago Sun-Times - 11/26/2013
"Coogan cast himself as Sixsmith in PHILOMENA....It lets us see this talented Brit deliver a nicely nuanced dramatic performance, laced with some funny moments."
Entertainment Weekly - 11/29/2013
"Dench and Coogan's chemistry is undeniably great. In the end, he manages to give her the answers she seeks and she manages to give him a heart." -- Grade: A-
Rolling Stone - 11/21/2013
3 stars out of 4 -- "Dench and Coogan lock horns with great humor..."
RogerEbert.com - 11/22/2013
3.5 stars out of 4 -- "[A] multi-faceted affair: part buddy comedy built upon class distinctions, part road trip adventure, and even part intriguing mystery."

The title character of Stephen Frears' PHILOMENA is played by Judi Dench. She is an elderly Irish woman who, as a teenager, gave birth while she was working at a convent. The Catholic Church had the child adopted, and now, decades later, Philomena is introduced to Martin Sixsmith (Steve Coogan), onetime government spokesperson who is now working as a freelance journalist. Martin agrees to help Philomena look for her son, and the trail takes them to the United States, and brings them face-to-face with some long-buried secrets. All the while, the type-A Martin and the ceaselessly charming Philomena learn to trust each other. PHILOMENA screened at the 2013 Toronto International Film Festival.