James Hunter Whatever It Takes 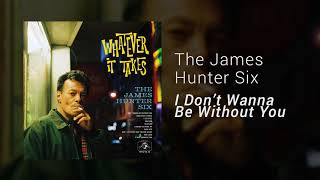 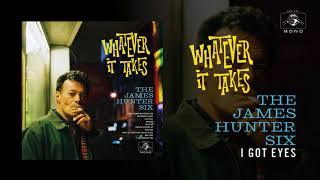 Personnel: James Hunter (vocals, guitar); Damian Hand (tenor saxophone); Lee Badau (baritone saxophone); Andrew Kingslow (piano, organ, percussion); Jonathan Lee (drums); Alex Desert, Malik Moore, Gregory Lee (background vocals).
Liner Note Author: James Hunter .
Recording information: Daptone West, Riverside, CA; Penrose Recorders.
Photographer: Jessie Perez Huntsman.
James Hunter has stubbornly been making retro R&B records since the mid-'90s. The former railroad switchman has worked with Celtic Soul Brother Number 1 (Van Morrison) and has been celebrated by -- and opened for -- everyone from Tom Petty and Aretha Franklin to Etta James and Willie Nelson. Whatever It Takes is the James Hunter Six's second outing for Daptone. It was produced by label boss Bosco Mann (Gabriel Roth) and recorded live in the label's California studio, direct to eight-track analog tape and pressed to an acetate. The sound is flat, immediate, and just a tiny bit muddy -- it's all it should be.
After signing to Daptone, Hunter met his future wife Jesse after a gig in New York. They were married in New Orleans and moved to England. She is the prime inspiration for many of the songs here, and it's more than likely their marriage may account for the unusual tenderness in Hunter's singing voice. His songwriting is more ambitious than at any other time in his career to date. While these songs unabashedly reflect the early days of soul -- from the late '50s through the mid-'60s -- they do so with a sense of rhythmic invention we haven't heard since the early days of New Orleans R&B and pre-Motown Northern soul. Check the interplay between the horns, organ, and guitar on opener "I Don't Want to Be Without You," as the rhythm section underscores them with a tough rhumba and Hunter counters with a hovering, sensual, grainy croon. The backbeat shuffle on the title track underscores his wonderfully ragged falsetto, and the strolling horns lead into a killer bridge that accentuates the groove quotient. "I Got My Eyes," with its syncopated Latin beat, swinging vibes, and singalong chorus, is simply infectious. Its guitar break hints at Hunter's other skill: that of a formidable axeman. (The instrumental "Blisters" is a scorching guitar blues that succeeds because of its taste and economy, not pyrotechnics.) But Hunter's real instrument is his voice. No matter what he sings, whether it be a simmering midtempo ballad such as " MM-Hmm," the sweet, Sam Cooke-inspired "I Should've Spoke Up," or the greasy, uptempo Brook Benton-esque "Don't Let Pride Take You for a Ride," his vocal digs deep inside his lyrics; they emerge as a cry, a wail, a whisper, a growl, or a bleat, moving head on into the James Hunter Six's rhythmic attack to immediately convince the listener of the song's truth. The meld of gospel, soul, and blues on "How Long" -- complete with a killer acoustic guitar solo that touches on T-Bone Walker and Grant Green -- is a true set highlight. The rhumba strut returns in closer "It Was Gonna Be You," a soul-deep love song that puts a proper cap on this ten-song set. Whatever It Takes clocks in at just under half-an-hour. While that's brief by 21st century standards, it's plenty and proper on a collection of songs framed in kinetic, inspired performances by one of the greatest soul bands to emerge in decades. ~ Thom Jurek