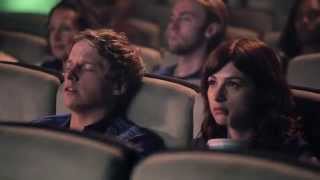 In the second season of this comedy series, music biz PR rep Gretchen (Aya Cash) and struggling novelist Jimmy (Chris Geere) move in together. As domestic and career challenges take their toll on the cynical couple, Gretchens depression inspires her to stalk her more together neighbors. And a visit from Jimmy's trashy, unsupportive family proves that for all his faults, Jimmy's the classiest one of the bunch. Meanwhile, Edgar (Desmin Borges) engages in the worlds most annoying art form improve comedy and Paul (Allan McLeod) leaves Lindsay (Kether Donohue), while part of him stays behind.