Wilson Pickett In The Midnight Hour 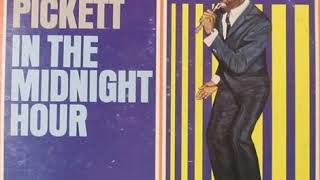 Originally released by Atlantic Records in 1965, "In The Midnight Hour" was Wilson Pickett's first album. It includes his classic song of the same name, as well as "Come Home Baby," "I Found A Love," "Don't Fight It" and others. On this album, he is backed by the Stax rhythm section, an ensemble that would be help define soul music during much of the 1960s. This album hit #3 on the Billboard Black Albums' chart, and the song "Don't Fight It" charted at #53 on their Pop Singles' chart and #4 on the Black Singles' chart.