French Goings-On in the Heart of London. 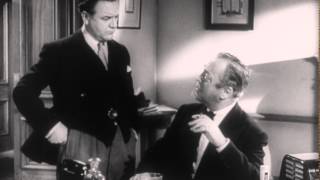 A classic British comedy, PASSPORT TO PIMLICO satirizes the bureaucracy of postwar England, primarily the policy of rationing that was necessary as the economy recovered its footing. In Pimlico, a neighborhood of London, the accidental explosion of a left-over bomb reveals a cache of treasure and papers declaring the area is technically a part of Burgundy, and therefore separate from England. The residents, tired of postwar rationing and other problems, declare independence. At first flush with the feeling of freedom, they soon realize that surviving as their own state will be more difficult than they realized. Screenwriter T.E.B. Clarke received an Academy Award nomination for his script.

When the residents of the Pimlico section of London discover that their neighborhood is historically part of the French duchy of Burgundy, they declare independence from Britain. They even set up customs' checkpoints for passengers travelling through Pimlico station on the London Underground. Initially, they're delighted at the turn of events, which means no more wartime shortages or government rationing. But when they get hit by food and water shortages of their own, Britain starts looking rosier by the minute.

20%off
The Titfield Thunderbolt
$24.10 Super Savings
Add to Cart

The Titfield Thunderbolt
$19
Add to Cart