Welcome to the 23rd century. The new dark ages. 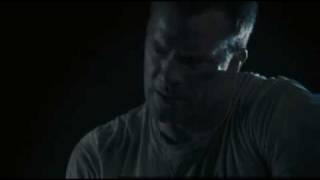 Here's a retro-futurist fantasy set in a post-apocalyptic 2707, with steam-powered airships, battling corporations circa World War I, and tales of an ancient race buried deep in the bowels of the earth. During a blistering battle between the Bauhaus and Capitol corporations, the seal on an ancient machine is accidentally re-started and the mutants come running out of the hole, quickly reducing most of the earth to blood-splattered ruins. Ron Perlman (HELLBOY) plays a devout spiritual leader who holds a sacred text revealing how to stop the machine, and he needs a few good men (and women) to accompany him into the bowels of mutant hell. Thomas Jane (THE MIST) is the head tough-guy who helps him, along with a handpicked team that includes two sword-slinging babes (Devon Aoki and Anna Walton). Completely impervious to pain and with deadly blades instead of hands, the mutants are fearless enemies who swarm like a mix of the monsters in THE TERMINATOR and 28 DAYS LATER. Devotees of the steampunk genre and/or the post-apocalyptic spelunking of ESCAPE FROM NEW YORK, ALIENS, and THE DESCENT will dig it, and for bonus points there's John Malkovich as the weary leader of the free world. MUTANT CHRONICLES is based on a 1993 role-playing game that's grown to include card games, role-playing modules, and the video game "Doom Troopers."