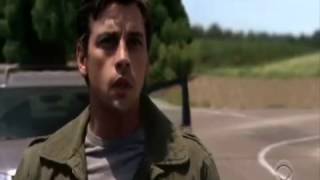 A nuclear explosion plunges a group of Kansas residents into a fraught battle for survival in this post-apocalyptic serial drama. The characters are isolated from the rest of the country in the small town of Jericho, and unsure of the cause behind the explosion. Chaos reigns supreme. Emerging as a leader among the survivors is Jake Green (Skeet Ulrich), a prodigal son figure who returned to Jericho after his grandfather died. But his uncanny skill with a gun and ability to perform complicated medical procedures provoke troubling questions about his shadowy past. Rifts form among some townsfolk as survival instincts take over, while others fight to maintain order among the ashes. Resurrected from cancellation after a massive fan campaign, the show in this second season follows the townsfolk as they pick up the pieces following the war with New Bern. Meanwhile, a new government has formed in Cheyenne, Wyoming. But are these new leaders everything they seem' This collection presents all seven episodes of the second season, ending in a climactic finale that put an end to the series.