I Love You, Man R

He needed a best man... He got the worst.

1.7M ratings
Currently Out of Stock: We'll get more as soon as possible
Notify Me When Available
Add to Wishlist
Format:  DVD
sku:  CJGQ
92% recommend us! 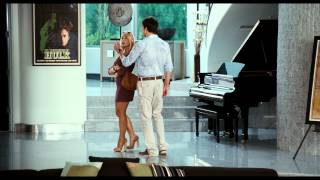 I Love You, Man - Trailer 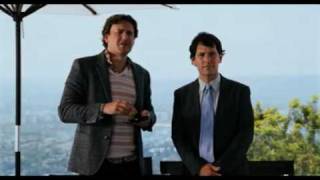 After years of swiping scenes from the leading men in such movies as KNOCKED UP and THE 40-YEAR-OLD VIRGIN, Paul Rudd finally headlines a star vehicle of his own. Unlike those Judd Apatow productions, it's John Hamburg (ALONG CAME POLLY) who directs I LOVE YOU, MAN, albeit with many of the touchstones of Apatow's highly successful freaks-and-geeks-with-heart aesthetic. In other words, this is not an Apatow film, but, with the male capacity for--and simultaneous inability to express--fraternal love as its core comic conceit (and emotional centerpiece), it may as well be.

Rudd plays Peter Klaven, a real estate agent with a blossoming career and an imminent marriage to Zooey (THE OFFICE's Rashida Jones)--basically, he's lucky in all things except male bonding. The narrative arc centers on his quest for platonic man-love--as opposed to, say, finding the girl of his dreams--and follows the boilerplate dictates of a standard rom-com with a subversive wink. In this case, boy meets boy, boys bond over their common love of Rush and Andre the Giant, boys break up and make up, etc. Rudd and co-star Jason Segel (FORGETTING SARAH MARSHALL), a fellow Apatow alum who plays Sydney Fife, the Type B object of Klaven's affection, imbue their roles with winning charisma and elevate the plot with real and nuanced chemistry. With a whip-smart pace, the film continually tills fresh comic ground as Hamburg finds punctuation points in every scene and never lets a gag overstay its welcome. While the supporting cast features many memorable turns by the likes of Jon Favreau, Jaime Pressly, and Andy Samberg, I LOVE YOU, MAN ultimately belongs to Rudd, who approaches insecurity and social awkwardness with the same dead-eye marksmanship that Peter Sellers did for slapstick.

In this wildly funny hit comedy, Paul Rudd (KNOCKED UP) gets engaged to the girl of his dreams but has not a single guy friend to be his Best Man until he meets the ultimate dude, Jason Segal (FORGETTING SARAH MARSHALL). Rudd and Segal's “bro-mance” takes male-bonding to hilarious new heights that keep you laughing until the unforgettable last frame.