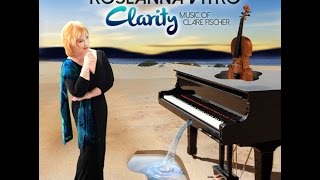 Roseanna Vitro is a very talented and versatile singer, as she proves throughout this highly enjoyable set. Vitro performs 14 songs (including a pair of two-song medleys) associated with Ray Charles. Although jazz has long been only a small part of Charles' music, the tunes are transformed into swinging and soulful jazz by Vitro. The instrumentation changes throughout the date, but often features pianist Ken Werner (who duets with the singer on a medley of "You Don't Know Me" and "Ruby"), trumpeter Eddie Henderson, and tenorman David "Fathead" Newman, among others; some of the songs utilize a larger than usual band. Highlights include "Don't Let the Sun Catch You Cryin'," a swinging "One Mint Julep," "I Don't Need No Doctor" and "Lonely Avenue." Thankfully, Roseanna Vitro avoids many of Brother Ray's best-known hits (including "Georgia On My Mind") in favor of songs better suited to her style and to this setting. A continually interesting set. ~ Scott Yanow