Alcohol and fast cars lead an innocent girl into a life of prostitution. 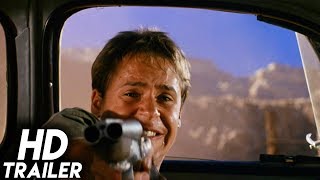 Pop Bartlett discovers that his roadhouse cabins are being taken over by a notorious prostitution ring. Lovely young ladies are hitchhiking their way to big cash, turning tricks on the highway for a handsome, fast-talking pimp named Slavick. When Bartlett opposes the illicit trafficking, Slavick has one of his girls lure Pop's son, Bob, with some easy sex. With Bob Bartlett under his control, Slavick is determined to take control of the cabins that will make him rich. The clash between Pop and Slavick explodes in violence, retribution and death.

Like all classic exploitation films, this Preview Pictures Production feigns a disapproving moralistic point-of-view, as it boldly depicts pretty young girls turning tricks on the highways.

Campy | Cult Film | Prostitution | Vintage | Exploitation | Documentary
This product is made-on-demand by the manufacturer using DVD-R recordable media. Almost all DVD players can play DVD-Rs (except for some older models made before 2000) - please consult your owner's manual for formats compatible with your player. These DVD-Rs may not play on all computers or DVD player/recorders. To address this, the manufacturer recommends viewing this product on a DVD player that does not have recording capability.