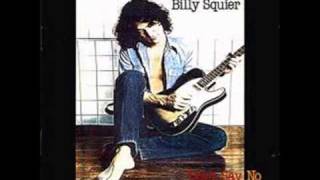 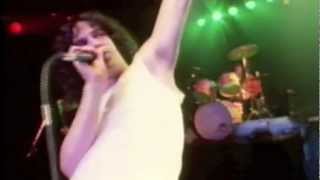 Personnel: Billy Squier (vocals, guitars, piano, percussion); Cary Sharaf (guitar); Alan St. Jon (keyboards, synthesizer, background vocals); Mark Clarke (bass); Bobby Chouinard (drums).
Recorded at The Power Station, New York, New York.
All songs written by Billy Squier.
Before becoming a solo superstar, Billy Squier had done time in Piper, a Cheap Trick-like 1970s band that split the difference between hard rock and power pop. Some of that sensibility still informs his second solo album and mainstream breakthrough, DON'T SAY NO. While the gargantuan guitar riffs and drum beats are clearly indebted to Led Zeppelin, and Squier's vocal style finds a middle ground between Robert Plant and Freddie Mercury, all the excess of Zeppelin and Queen is mercilessly sliced away, leaving lean, concise pop hooks that drive the record's turbo-charged heavy-rock attack.
The energy level almost never lets up, as Squier and his band careen from one breathlessly infectious-yet-diamond-hard track to the next. "Nobody Knows," one of the only down-tempo moments, reveals a Beatles influence that underscores Squier's pop roots. But it's the sledgehammer groove of "The Stroke" and the AOR nirvana of "In the Dark" that made this album a centerpiece of rock radio in the era when what we now regard as "classic rock" was drawing its last breath, just before giving way to New Wave.