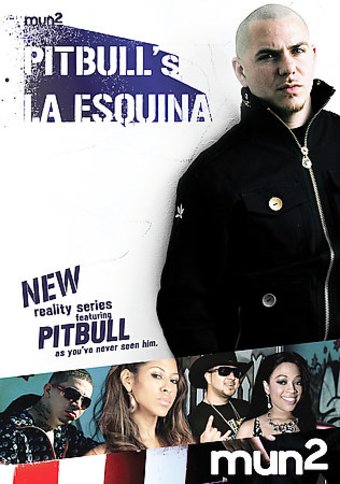 Some refer to him as Lil' Chico, others call him Mr. 305, but everyone knows him as the one-and-only Pitbull. This will become abundantly clear as the popular Cuban-American rapper and barber extraordinaire Fademaster take viewers on a tour through Miami and highlights the town's most unique and hilarious Latino personalities. Fat Joe is among the high-profile names to make an apperance.

Pitbull, the star and creator of mun2's wildly popular PITBULL'S LA ESQUINA, brings his truly original real-life persona to DVD for the first time. With a camera crew in tow and his best friend and barber Fademaster by his side, Miami's most famous Latino rapper shows us real Latinos in very real and very comical situations!