Two of L.A.'s top rival cops are going to have to work together... Even if it kills them. 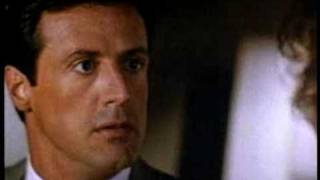 Tango and Cash are two L.A. narcotics cops that go together like caviar and French fries. Dressed in three-piece suits and glasses, Tango (Sylvester Stallone) is the suave policeman; in his nine-dollar shirts and jeans, Cash (Kurt Russell) is Tango's salt-of-the-earth rival on the force. Each has spent his days and nights cracking down on drug dealers, to the fury of crime boss Yves Perret (Jack Palance). When Perret and his gang frame the two cops and have them sent to prison, it turns out that Tango and Cash don't get along any better behind bars than they did in the station house (they trade insults, and protest having to shower together). But when the ruling underground goons of the penitentiary torture them, Tango and Cash join forces to overthrow the prison menace, and, in the process, escape. Once free, they pursue Perret and attempt to destroy his cartel for good--that is, when Cash isn't busy romancing Tango's sister, Kiki (Teri Hatcher), further straining the pair's already tense working partnership. Atypically directed by Russian filmmaker Andrei Konchalovsky (collaborator with arthouse cinema legend Andrei Tarkovsky and older brother of director Nikita Mikhalkov), TANGO & CASH remains one of the unsung action-comedy buddy films of the 1980s.