The timeless tale of a special place where magic, hope and love grow. 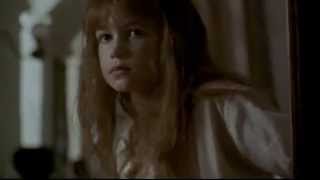 New York Times - 08/13/1993
"...Elegantly expressive, a discreet and lovely rendering of the children's classic..."
Entertainment Weekly - 02/11/1994
"...Holland found the perfect young actress to play Mary Lennox....It's hard to imagine the little loner in your house not taking this one to heart." -- Rating: B
Variety - 08/16/1993
"...Executed to near perfection in all artistic departments....[A] superior adaptation of the perennial favorite novel..."
Chicago Sun-Times - 08/13/1993
"...It is a work of beauty, poetry and deep mystery, and watching it is like entering for time into a closed world where one's destiny may be discovered..."

Agnieszka Holland's adaptation of Frances Hodgson Burnett's classic fairy tale, THE SECRET GARDEN is a highly entertaining family picture that is overflowing with gorgeous imagery. Ten-year-old Mary Lennox (Kate Maberly) is a spoiled rich girl living in colonial India with her aloof parents who frequent elegant parties and leave her with servants who attend to her every whim. When her parents are killed, however, Mary's life changes drastically. She's shipped off to England to live in the enormous manor of her father's friend, Lord Archibald Craven (John Lynch), and his invalid son, Colin (Heydon Prowse). Lord Craven, a miserable recluse since his wife's death, ignores his son and leaves the household management to Mrs. Medlock (Maggie Smith), an ironhanded authoritarian. In this cold environment, the children, with help from spirited maid Martha Sowerby and her younger brother, Dickon, manage to find happiness in a special garden hidden away for years. Beautifully shot by Roger Deakins, Holland's film is a visual feast that captures the fantasy like tone of the book without sacrificing any of Burnett's original vision. Zbigniew Preisner's magical score adds another lovely dimension, making this a film that individuals of every age can enjoy.