She Just Needed A Month To Change His Life For Ever. 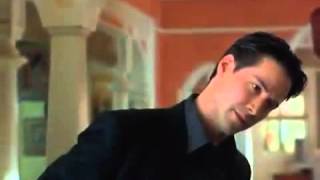 Based on the screenplay by Herman Raucher for the 1968 film of the same title, SWEET NOVEMBER stars Charlize Theron and Keanu Reeves in the story of an experimental love affair. Theron is Sara, a free-spirited woman who runs across tight-laced ad executive Nelson (Reeves) at the DMV. Nelson wants only to be left alone to continue on the fast track of his career, but Sara is drawn to him. She makes him an offer: to be her November, the man who will live with her for one month only, during which she will "help" him. Not sure why, Nelson accepts, finding that Sara appeals to something he didn't even know was inside him. As she begins to change his life, Nelson realizes what he's been missing in his career-centered world--but just as he begins to reach out to her, Nelson finds that Sara has secrets of her own.