Hellogoodbye Would It Kill You? 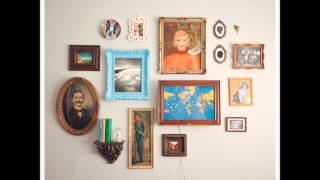 Hellogoodbye - Would It Kill You? (Full Album) (Music Video)

Alternative Press - p.112
"[T]he band take a much more natural approach, employing horns, strings and organs on tracks like 'Betrayed By Bones' and 'Getting Old,' which bubble with stomping energy..."
Billboard (p.26) - "It signals a change of tide for the members of Hellogoodbye, separating the California natives from their electro-melodic roots and propelling them into a promising folk-pop future."

Personnel: Matt Mahaffey (drums).
Audio Mixer: Tony Lash.
Recording information: Cracker Tracks, Los Angeles, CA; Phantom Tollbooth, Long Beach, CA.
Photographer: Forrest Kline.
Since the 2006 release of their debut album Zombies! Aliens! Vampires! Dinosaurs!, Hellogoodbye has gone through a lot as a band. The departure of founding member Jesse Kurvink, a huge hit single with "Here (In Your Arms)," a bitter lawsuit with their label Drive-Thru, a shuffling lineup, and ultimately an almost complete revamp of their sound made for a busy few years. On Would It Kill You?, bandleader Forrest Kline (together with Matt Mahaffey, who worked on the previous album) leaves behind all traces of emo pop to create something influenced more by the classic sounds of the Zombies or the Kinks rather than Jimmy Eat World or Weezer. Apart from Mahaffey's drumming and a few other guests, Kline does everything on the album, and his vision is open-hearted and romantic. His warm and inviting vocals, backed by chiming guitars, bouncing tempos, richly arranged strings, horns, and lots of bells and keys give the record a sound that seems like it's made by a totally different band. There's no Auto-Tune, no novelty songs, and very few moments that would lead you to think the band would be welcome on a Warped Tour stage. Instead, it's the sound of a guy coming out from behind the tricks he used to hide behind and laying himself bare. Turns out Kline's not a tortured artist or an angst-filled wretch, he's just a big, goofy romantic, and that's just as valid when the results are as charming as these. The best song on the record, "When We First Met," is one of the most refreshingly sweet and uncomplicated (not to say simple) love songs to come out of the modern pop era, telling the story of a love affair through changing hairstyles. The rest of the album holds more heartwarming treasures like this, all played with energy and feeling. When Kline does explore the melancholy and unease that even the happiest of fellas can't avoid, it's done with a light touch musically and insightfully clever lyrics. The mood never sinks below wistful, even when he quotes one of the saddest songs ever "Always Something There to Remind Me" on the truly lovely "Coppertone." The strings are used masterfully here, creating a pitch-perfect mood. Throughout the album, in fact, Kline and Mahaffey make great use of dynamics and arrangements, so much so that the record could easily fit in with the "classic" chamber pop records of the early '90s. Hopefully, fans of the band's earlier work will follow Kline's new direction and sound. While the old recordings were fun and occasionally emotionally resonant, Would It Kill You? is a near masterpiece of pop, full of songs that will lift your spirits and fill your heart with a warm, comforting feeling. What more could you want from a pop album? ~ Tim Sendra