They came from nothing to change everything 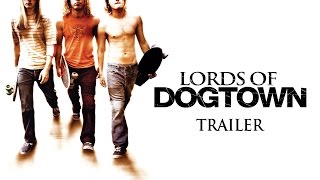 Entertainment Weekly - 06/10/2005
"Hardwicke is the rare director whose work is at once kinesthetic and delicate. She stages LORDS OF DOGTOWN with a rushing, caught-on-the-fly realism...she makes her characters vibrant and full."
New York Times - 06/03/2005
"[A] blast....[The] scenes have both the loose, stop-and-start rhythms of a long summer day and the restless, competitive energy of young men in the heat of adolescence."
USA Today - 06/03/2005
"Heath Ledger is a keen acting surprise....The skating scenes are their own reward..."
Los Angeles Times - 06/03/2005
"The rowdy and sometimes painfully raw LORDS OF DOGTOWN is a perfect marriage between film and skateboarder, and the way in which the camera tracks every incredible move of the movie's virtuosos gives it a dynamic, exhilarating energy."
Movieline's Hollywood Life - 09/01/2005
"[T]hat rare teen flick that truly understands the teenage soul."

Anyone who grew up in Southern California will talk with both nostalgia and frustration about the periodic summers of drought in which the oppressive heat is exacerbated by a shortage of its antidote--fresh water. In 1975, a clan of scruffy, rebellious teens found a way to turn this dearth to their advantage, using the sloping bowl of empty suburban swimming pools to create a new underground sport--skateboarding. The development, explosion, and corporate co-opting of this now ubiquitous sport was the subject of Stacy Peralta's acclaimed 2002 documentary, DOGTOWN AND Z-BOYS. Peralta, one of the original skaters who came to be known as the "Z-Boys," has penned this dramatized account of his own story, a kinetic and gripping tale with dramatic turns reflective of the extreme crests and falls of those concrete waves.

When a shipment of polyurethane wheels arrives at Venice Beach's Zephyr surf shop, the proprietor, Skip (Heath Ledger), puts together a team of roughly a dozen local layabouts to try his new idea. At lightning speed, the three most talented become international stars, infusing sexuality, danger, and punk rock into a sport formerly associated with kneesocks and lite pop. LORDS OF DOGTOWN principally follows these three as they deal with sudden fame and fortune. Stacy (John Robinson) is the elegant, responsible beauty. Tony Alva (Victor Rasuk) is a frizzy-haired heartthrob with an overblown ego and penchant for pugilism. And Jay (Emile Hirsch), arguably the most compelling of the leads, supports his drug-addicted mother and is too cynical to be lured by the temptations of corporate vultures. Director Catherine Hardwicke, who fused gritty documentary techniques and high teen drama to great acclaim in her first feature, THIRTEEN, perfects that style here. The combination of a pulsating punk rock soundtrack, dynamic skateboarding sequences, and a gripping narrative combine in a forceful sweep that keeps viewers glued to the screen.

18%off
Leatherface: The Texas Chainsaw Massacre III (Blu-ray)
$17.98 on Sale
Add to Cart