This Gun for Hire (Blu-ray) R 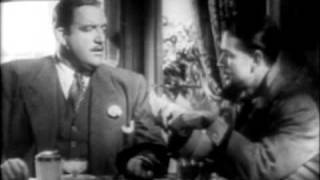 This Gun for Hire trailer

"How do you feel when you are doing a job like this'" -- Willard Gates (Laird Cregar) to hitman Philip Raven (Alan Ladd)
"I feel fine."
- Raven

In this classic tough-guy film noir, genre mainstay Alan Ladd plays Philip Raven, a double-crossed gun-for-hire who is out for revenge. Veronica Lake is Ellen Graham, his platinum blond bombshell companion. Raven is kind to everyone that's not a target but, after he kills an extortionist and receives stolen money in compensation, he himself becomes the target of a Senate investigation that ultimately puts Ellen in his crosshairs.

Professional hit man Philip Raven is out for revenge when he is double-crossed by his latest client, Willard Gates. Assisting Raven is a beautiful blonde investigating Gates' plan to sell chemical weapons to the Japanese.

25%off
Kansas City Confidential
$5.95 on Sale
Add to Cart